The Importance of Testing Pet Food for Possible Contamination 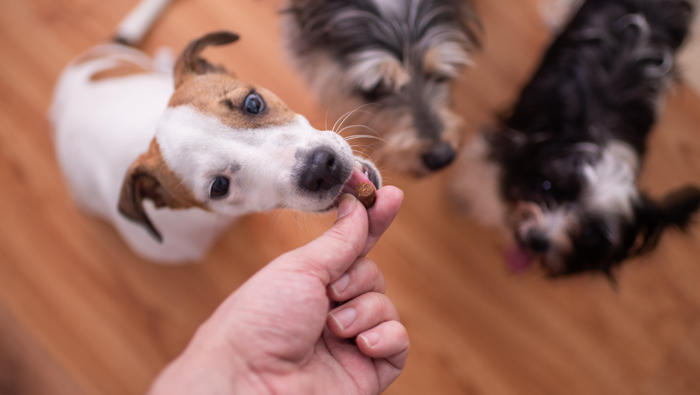 The American Pet Products Association (APPA) estimates that 68% percent of U.S. households own a pet, according to the 2017-2018 National Pet Owners Survey. That means roughly 85 million families in the U.S. have a pet in their household. Many households treat their pet as a member of the family and animals play an indispensable role in human lives, from companionship to therapeutic support. Working dogs have provided a multitude of services from police work, rescue operations, herding, and even helping transport critical medical supplies, such as the transport of Diphtheria antitoxin by sled to Nome during the 1925 outbreak. There is so much love and affection between humans and pets. Humans care deeply for their pets and want to feed their animals the best possible food. Consumers have so many great options when buying pet food. It is almost a little overwhelming when going to the pet food store; there is a formulation out there for many different diets, budgets, and health needs.

Picture this: you just purchased a treat for you dog. Your dog is enjoying the treat and then jumps into bed with you (it is estimated that 41% of dogs and 53% of cats share their owner’s bed) (APPMA, 2004). Dogs can shed Salmonella in their feces and have been known to bring treats into their owner’s beds to enjoy (Green, 1998). Humans spend roughly one third of their life asleep (usually in a bed), and that bed might have just been contaminated with Salmonella from your loving animal.  Your dog licks your face after eating the treat. You go to pick up the remainder of the treat and don’t wash your hands after! What you didn’t know is that the treat could be possibly contaminated with Salmonella bacteria. Both you and your dog are at risk to be exposed to a pathogenic organism.  According to the CDC symptoms of salmonellosis are diarrhea, fever, and abdominal cramps (and these symptoms can stick around for 4 to 7 days).

Testing this product for pathogens, like Salmonella, before it entered commerce might have prevented this situation from occurring. Unfortunately, a situation very similar to this story is currently occurring with pig dog ear treats. The CDC and FDA are advising pet owners not to feed any pig ear dog treats due to contamination with multidrug-resistant Salmonella (CDC, 2019). There are 127 reported cases in 33 states with 26 hospitalizations. In December of 2018 fresh frozen meats for cats and dogs were recalled for possible Salmonella and Listeria monocytogenes (another pathogenic bacteria) contamination (FDA). In September of 2018 frozen raw pet food was recalled for the potential to be contaminated with Salmonella (FDA). In August of 2018 ground dog and cat food was recalled for the potential to be contaminated with L. monocytogenes. In April of 2018 there were five different recalls for pet food involving Listeria and Salmonella (FDA). In March of 2018 dog chews and bully sticks were recalled for the potential to be contaminated with Salmonella (FDA). Salmonella doesn’t discern between human and pet foods; contamination can occur at many different points in the process. Many pet food products are produced with ingredients of animal-origin, and there is a risk of contamination (as is the case with foods for human consumption) with bacterial organisms. Pet food products may have bacterial contamination in raw materials sourced to make the products. Most pet food products have a thermal treatment that is implemented to kill bacterial organisms that may be found in the raw materials. There is the potential for contamination after the thermal treatment.

In Alberta, Canada in 1999 there was an outbreak of human salmonellosis attributed to pig ear treats (Laboratory Centre for Disease Control, 2000). There have been multiple human salmonellosis outbreaks attributed to pet food and treats. Following the outbreak in Canada, the FDA conducted a study looking at animal-derived pet treats. Of the 158 tested pet treats, 65 treats were contaminated with 24 different serotypes of Salmonella (White et al., 2003). Although pet food isn’t meant to be for human consumption, humans could be eating pet foods during times of hardship. Edward Peeples describes his situation and observations in a New York Times article called …Meanwhile, Humans Eat Pet Food. He describes eating pet food as his source of nutrition during times of financial hardship, and also documents others having to do the same.

Dogs and cats have potential to be sources of zoonotic disease, like salmonellosis. Salmonellosis in dogs and cats is similar to the infection in humans with symptoms of fever, vomiting, diarrhea, abdominal pain, and malaise. (Greene, 1998). Dogs can shed Salmonella in their feces for at least six weeks (Morse et al., 1976). A study performed on Beagles demonstrated that dogs fed raw pet food contaminated with Salmonella leads to Salmonella colonization of healthy dogs after a single meal (Finley, 2004).

Pets play an important part of life for humans, they are companions, working animals, and parts of the family. Many families that have pets also have children. Children’s immune system are still developing and they would be more susceptible to the pathogenic organisms when they touch contaminated dog treats, dog food, or receive licks from their pets that are potentially carrying these pathogenic bacteria. People are also eating pet foods that aren’t meant for human consumption. Dogs are used for therapy at hospitals and other facilities where there are immunocompromised individuals. It is important that dogs offering these services are fed a diet that has been tested for the absence of Salmonella and Listeria monocytogenes. Pathogen testing in pet food not only helps to maintain healthy dogs, but also helps keep humans healthy. Humans can get salmonellosis and other foodborne illness from contaminated pet foods. Pathogen testing is an integral part of food safety, and food safety doesn’t stop at the dinner table, it also extends to the food bowl where we feed our pets.

Posted in Foods, Under the Microscope, Veterinary.