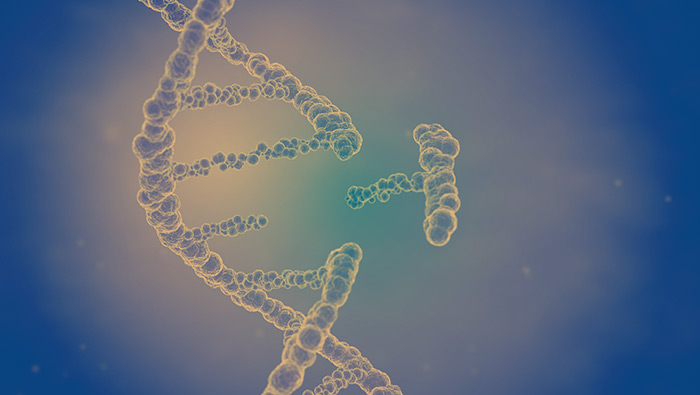 Anyone who follows science news has probably heard of the phenomenal scientific advancements using CRISPR. CRISPR (Clustered Regularly Interspaced Short Palindromic Repeats) exist in nature as a defense mechanism in bacteria against invading viruses. In 2012, researchers Jennifer Doudna and Emmanuelle Charpentier published a landmark paper describing a genome editing technique using CRISPR and an associated protein called Cas9. Techniques using CRISPR Cas9 are now widely applied in medical research focusing on cancer, AIDS, genetic diseases, and even COVID-19 vaccine development. The technique has spread and is also widely used as a plant breeding tool in agriculture. In recognition of these impacts, Doudna and Charpentier were awarded the Nobel Prize in chemistry in 2020. Though CRISPR Cas9 is not the only genome editing tool available for use in agriculture, in a few short years it has become the most widely used due to its simplicity, speed and cost.

CRISPR and other genome editing techniques are powerful new tools for plant breeding. Historically, plant breeders have looked to wild relatives of cultivated crops for new genetic traits. In addition, they continually monitor their breeding stock for useful variants arising from natural mutation. During the 1970s and 1980s, recombinant DNA technology emerged as a new tool for plant breeders resulting in genetically-engineered (GE) plants gaining importance in American agriculture. GE allows for the development of “transgenic crops.” Well known examples of commercially available GE transgenic crops are soybeans (resistant to broad spectrum herbicides) and corn (resistant to certain insects). Adoption of these and other GE crops moved quickly and in a few short years they comprised the majority of varieties of the major row crops including soybean, corn, cotton, and canola. More recently new product quality traits have become available such as non-browning apples, soybeans with healthier oil, and potatoes which will produce less acrylamide when cooked.

Genome-edited crops are different than the previous generation of GE transgenic crops. Most crop plant species contain over a billion base pairs of genetic information, a base pair being an individual letter in the 4-letter code (A-adenine, T-thymine, G-guanine, C-cytosine) that comprises DNA. In previously developed GE crops, entire genes along with their regulatory sequences, often comprising of thousands of base pairs, were moved between species. By contrast, genome editing involves modifying the DNA that is already present, often by changing only one or a few base pairs to achieve a desired trait. Thus, compared with previous GE crops, the genetic changes in genome edited crops are quite small. The changes introduced using genome editing are of the same type that occur naturally and spontaneously, but in the case of genome editing, the changes are directed by humans.

The US regulatory system was designed in the 1980s to ensure the safety of the GE crops being developed at that time. Despite the benefits genetic engineering has provided to farmers and consumers, the safety consensus from the numerous scientific groups examining the technology coupled with the government’s 30+ years’ experience regulating GE crops, the regulatory system has changed very little – until recently. Many consider the regulatory burden to be too high given the safety track record. Additionally, requirements can be especially burdensome for small companies and university researchers. With respect to genome-edited crops, it is argued that because the genetic modifications in genome edited crops are of the same type which can occur due to natural mutations, they should not be subject to the same degree of oversight as other genetically engineered crops. In response to these concerns, the White House issued an executive order on June 11, 2019 entitled Modernizing the Regulatory Framework for Agricultural Biotechnology Products. The order directs the agencies to review their regulations and policies and, while continuing to ensure safety, “remove undue barriers that impede small, private United States developers, the United States Government, and academic institutions from bringing innovative and safe genome-edited-specialty-crop-plant products to the marketplace.”

USDA has arguably made the most significant changes to regulations addressing genome editing. In March of 2020, USDA Animal and Plant Health Inspection Service (APHIS) rolled out a new final rule for the regulation of genetically engineered organisms, under authority of the Plant Protection Act, aimed at protecting plant health. Importantly, this rule exempts certain plants with the objective of not regulating plants that otherwise could have been produced using conventional breeding. Exemptions cover certain types of DNA disruptions which result in gene inactivation (often referred to as “knockouts”), single base pair changes, and edits in the DNA to produce a sequence that can be found among sexually compatible relatives. To date, most of the genome-edited plants reviewed by USDA are of the first type, i.e., gene inactivation to produce a desired trait. Some examples of traits introduced this way include soybeans with drought and salt tolerance, alfalfa with improved nutrition, rice with resistance to bacterial blight, potatoes with reduced glycoalkaloid content, and soybeans with high oleic acid. USDA additionally included a provision in the rule to add new exemptions which were deemed to be appropriate by the agency on review.

EPA proposed a new rule in October 2020 which could have the effect of exempting certain genome-edited plants. EPA’s authority in this area is derived from Federal Insecticide, Fungicide and Rodenticide Act and the Federal Food, Drug and Cosmetics Act (FFDCA). Under these authorities EPA regulates genetically engineered plants which have been altered to produce pesticidal substances. The proposed rule exempts those plants if the pesticidal substance introduced into a plant is also found in a sexually compatible relative, such that the new trait could otherwise have been introduced by conventional breeding. This has implications for genome editing because the technology can be used to edit a gene to match an allele in a sexually compatible plant which produces a pesticide. FDA, regulating under FFDCA has since the 1990s, uses a voluntary food safety consultation process to review foods from new plant varieties developed through genetic engineering. It holds foods produced through genetic engineering to the same safety standard as other foods. The process is flexible and has been used for genome-edited crops as well as earlier genetically engineered crops.

Clearly, these powerful emergent technologies will be important tools for the production of food for the world’s expanding population as well as crop adaption to changing climates. Nonetheless, the safety of these crops and their derived foods needs to be assured. As regulations and policies adapt and evolve, a balance needs to be maintained, that protects agriculture and the environment, ensures these technologies are beneficial to the nutrition and safety of food while not unnecessarily hampering the development and deployment of these technologies.

Posted in Foods, Issue of the Month and tagged John Turner.