The Food Safety Modernization Act, signed into law in 2011, includes an important provision for food importers under the Foreign Supplier Verification Program (FSVP) Final Rule. Namely, Part 1 Subpart L, Section §1.503 requires that importers of human and animal food enlist a Qualified Individual (QI) who has responsibility for developing a program and performing each activity under the program to ensure that the products that they are importing are not adulterated or misbranded (in regards to allergens) and have been produced in accordance with the preventive control regulations for human or animal food (CFR §117 & 507 respectfully), or the Produce Safety Rule (CFR §112).

Companies importing finished food and food ingredients for further processing into the U.S. must have a QI, either an employee or someone contracted to perform QI duties. This FSVP QI looks at each supplier closely and determines whether the foods or food ingredients they produce meet FDA’s strict safety requirements by assessing the supplier’s food safety plans and determining whether adequate controls are in place that would reduce or minimize harm due to biological, chemical and physical hazards. The QI would also have to identify verification activities that would ensure that the hazards are being addressed. Based on the type of activity identified, the importer may also have to enlist a Qualified Auditor (QA) to perform this function.

Everyone with a role in the importation of foreign sourced foods should be familiar with applicable FSVP requirements including brokers ,exporting shippers, foreign suppliers, and others. This comprehensive approach can help better protect food safety. 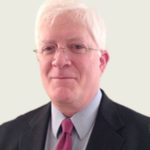 Mr. Breen became available to EAS Consulting Group after a distinguished career at the FDA working in areas such as HACCP and LACF and BSE prohibited materials in the dairy. Mr. Breen has worked with the industry on compliance issues related to the Bioterrorism Act of 2003 and led the field and HQ professionals in developing and implementing surveillance and compliance programs, and initial FSMA training implementation. His attention to detail has garnered him an FDA Award of Merit, Outstanding Achievement and five Commissioner Special Citations. 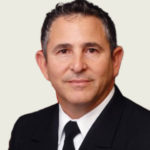 Mr. Veneziano is a veteran FDA specialist with over 24 years of Agency experience. He served as director of the FDA’s Division of Import Operations for more than ten years. In that role, he was responsible for oversight of FDA’s import operations program and provided leadership, guidance, and direction to approximately 1,000 field investigators in more than 320 U.S. ports of entry. He also served as co-lead in the development of the FSMA import regulations and was the senior advisor on the implementation of FSMA and the FDA Safety and Innovation Act. Mr. Veneziano began his FDA career in 1992 as a field investigator in the New England District specializing in medical device inspections. In 1998 he became a supervisory investigator in New England overseeing the medical device and import programs.

We use cookies to ensure that we give you the best experience on our website. By using our site, you consent to our use of cookies.OkPrivacy policy